Shopping Cart
Your Cart is Empty
Quantity:
Subtotal
Taxes
Shipping
Total
There was an error with PayPalClick here to try again

Thank you for your business!You should be receiving an order confirmation from Paypal shortly.Exit Shopping Cart

Check out our Article in

Like peas in a Pod, we're in this together

Partnership to End AIDS Status, Inc. (PEAS), officially organized and recognized by the Internal Revenue Service as a nonprofit organization. PEAS is a non-profit charitable organization established in 2009 to maximize the effectiveness of service resources to ensure physical, mental, and social equality for all persons residing in the Memphis Transitional Grant Area by providing residents with preventive tools to make healthier decisions. PEAS Inc. specializes in OUTREACH.

The mission and goal of PEAS Inc. are to deliver services and comprehensive HIV/HCV testing and education to the most highly affected communities during vulnerable hours and in non-traditional settings. PEAS Inc has served more than 10,000 residents in the Memphis and Shelby County area. LaRonia is certified through the Centers for Disease Control to facilitate life-changing interventions such as SISTA/TWISTA, ANEA, HepConnect, COMPASS, PrEP/Prevention, ARTAS, and a Certified Syringe Supply/Exchange Program. 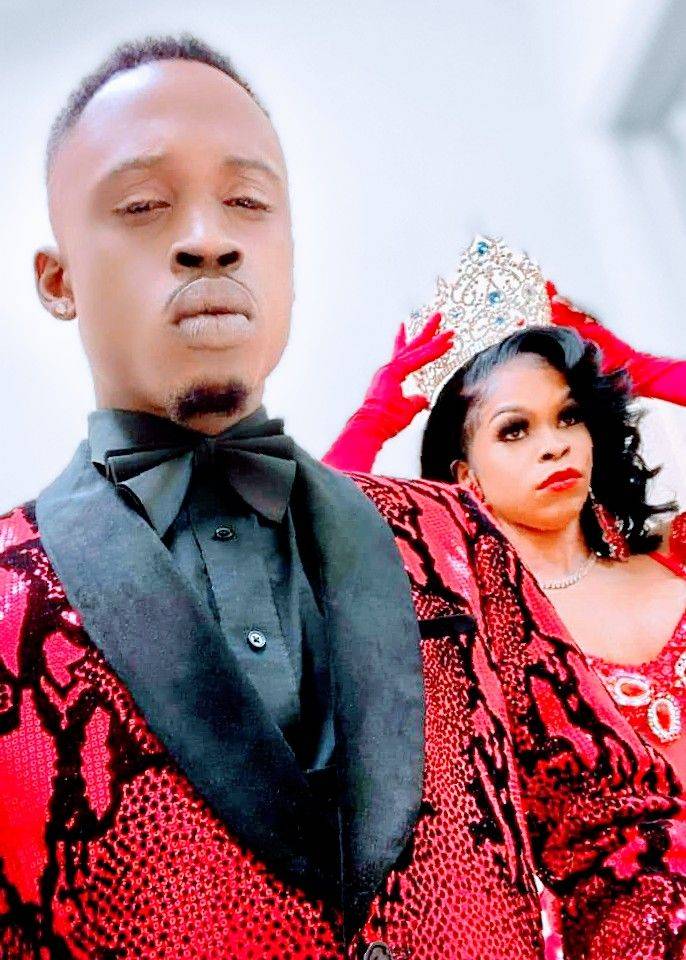 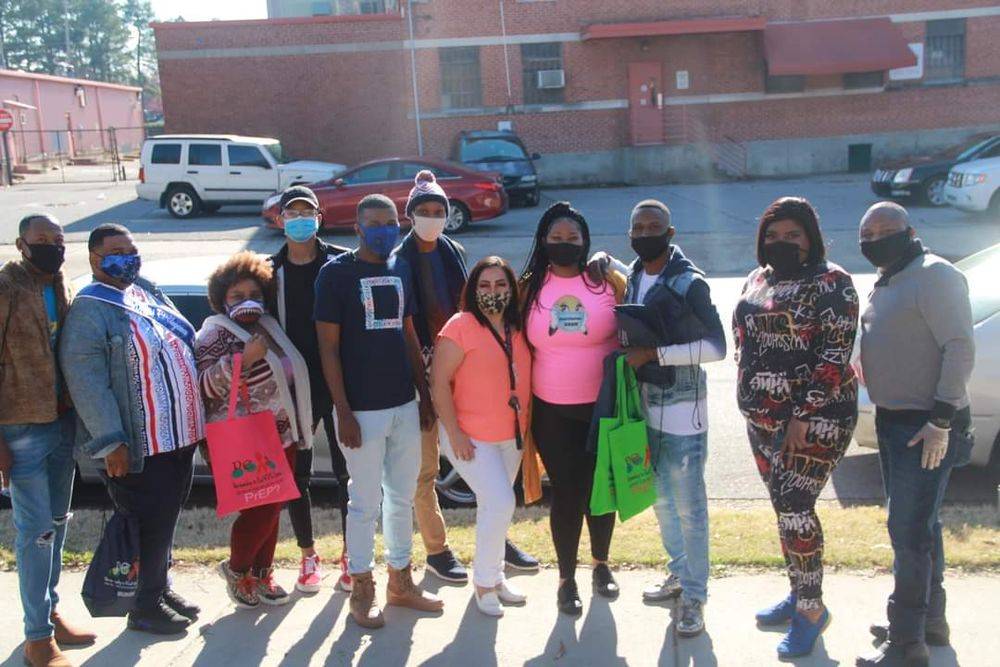 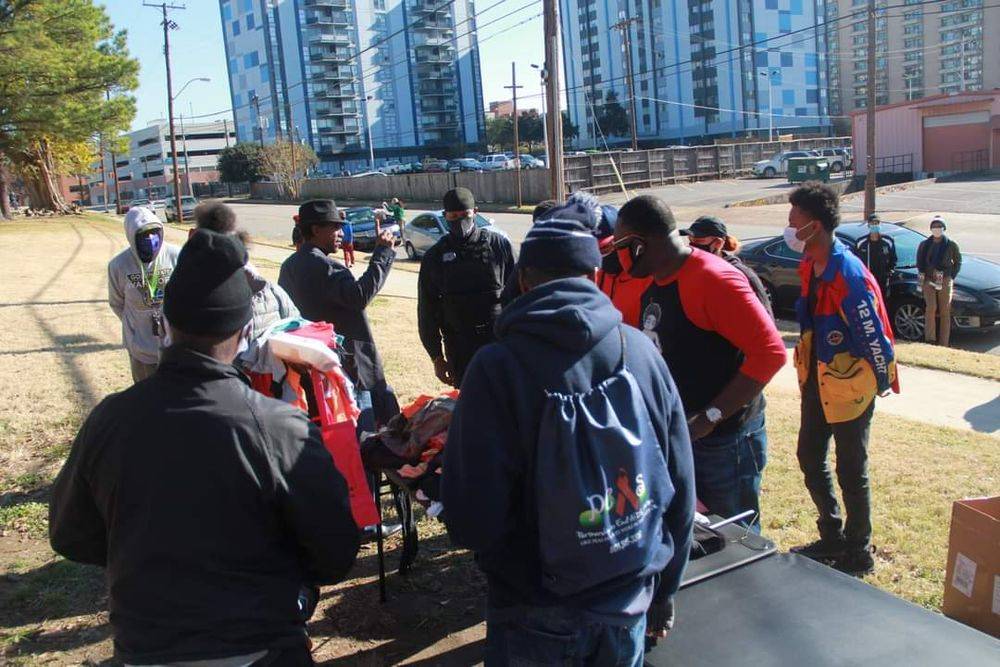 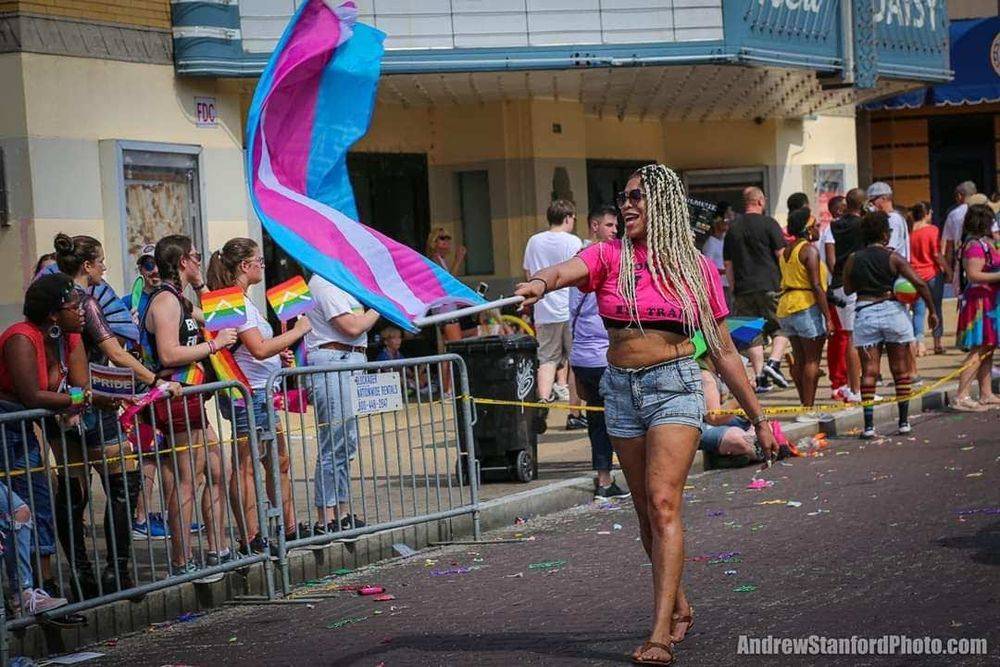 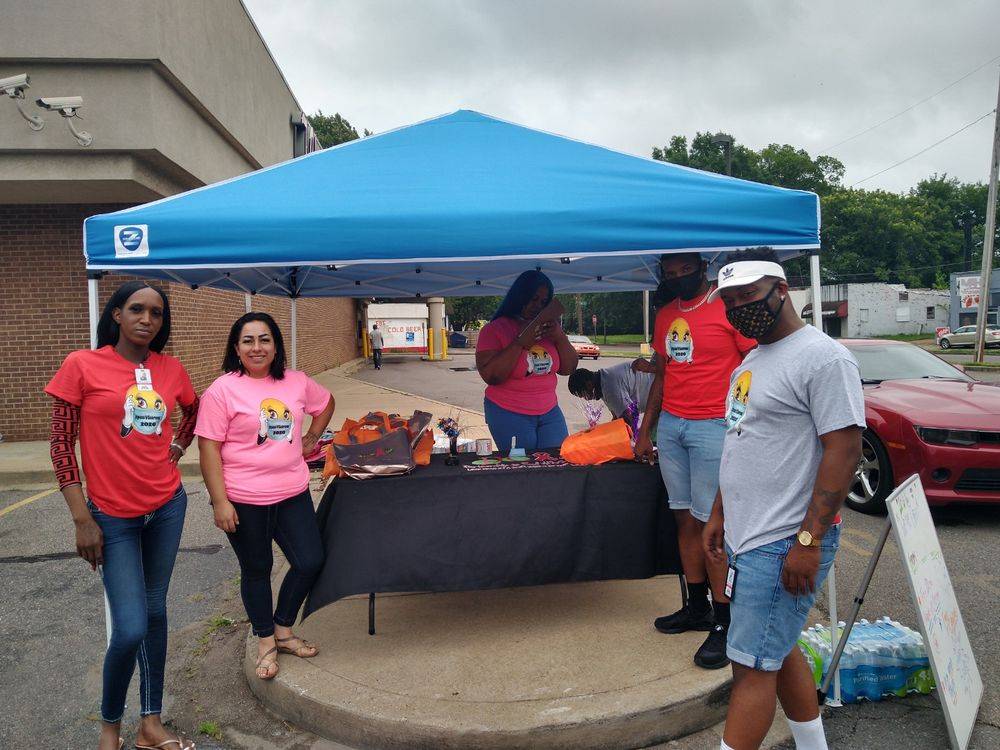 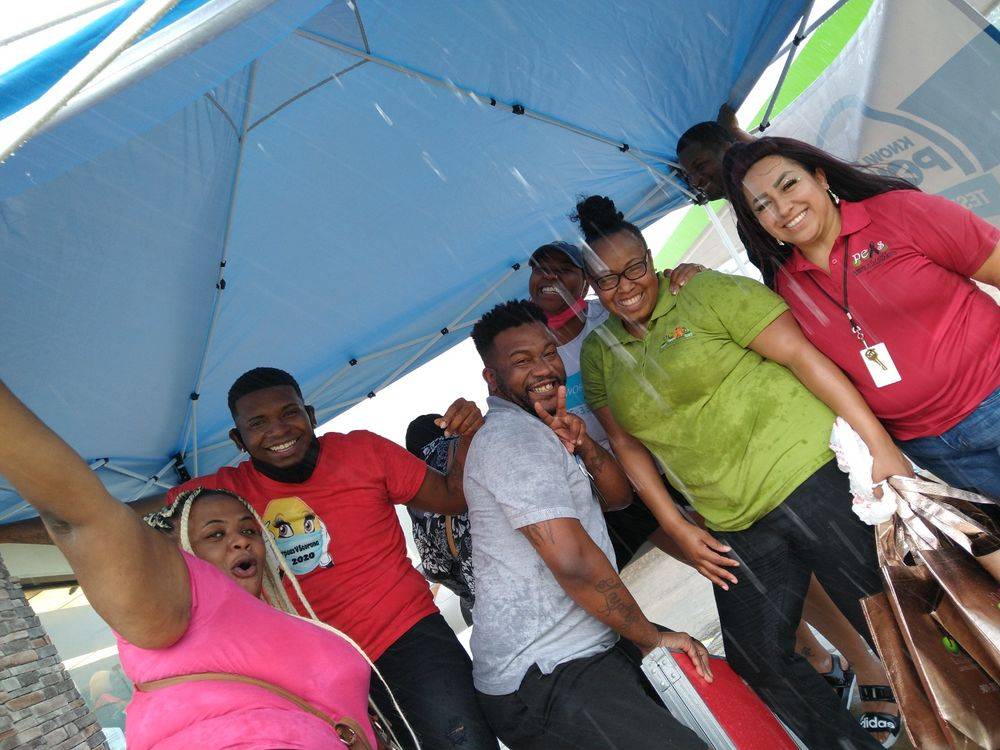 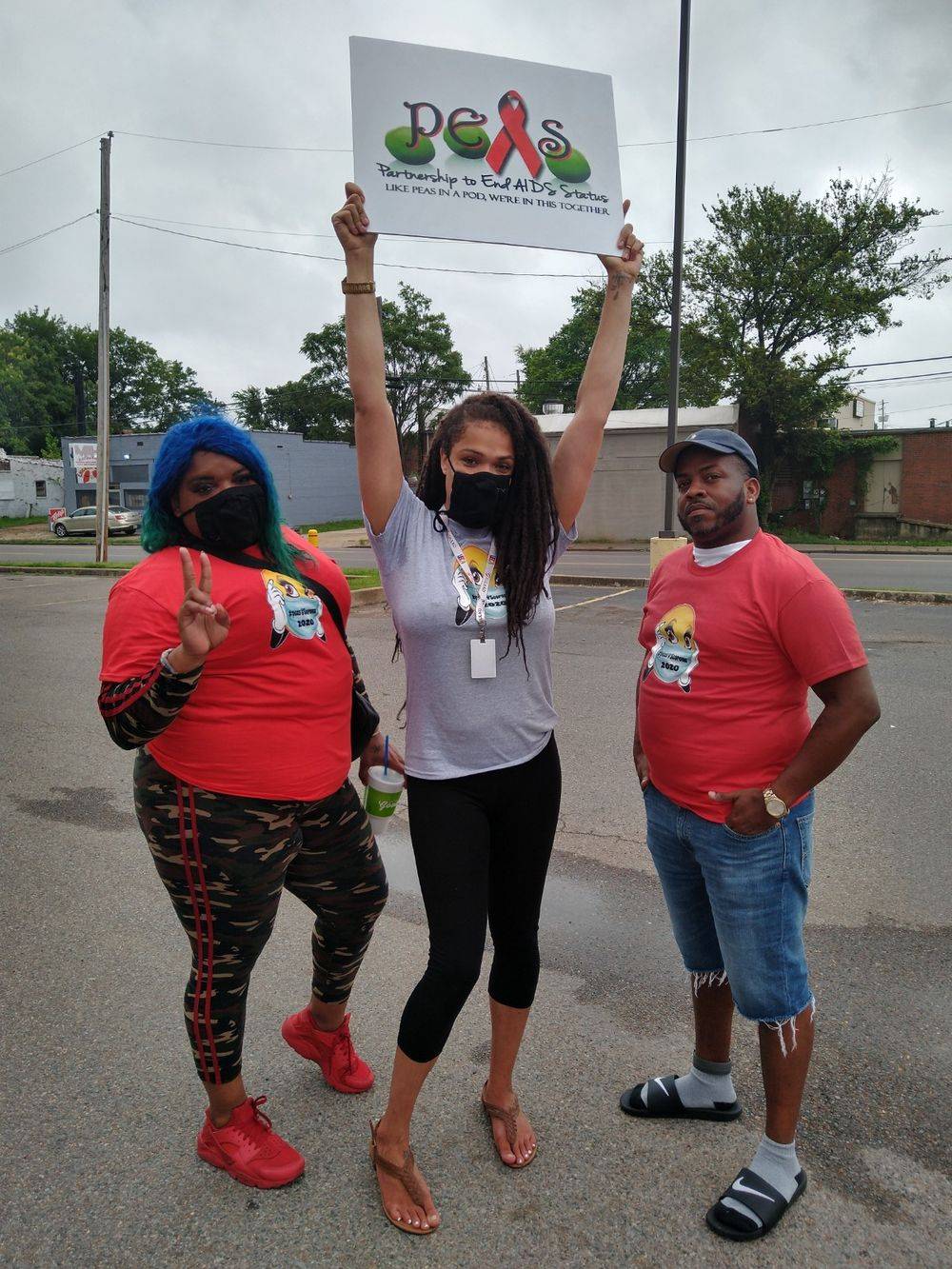 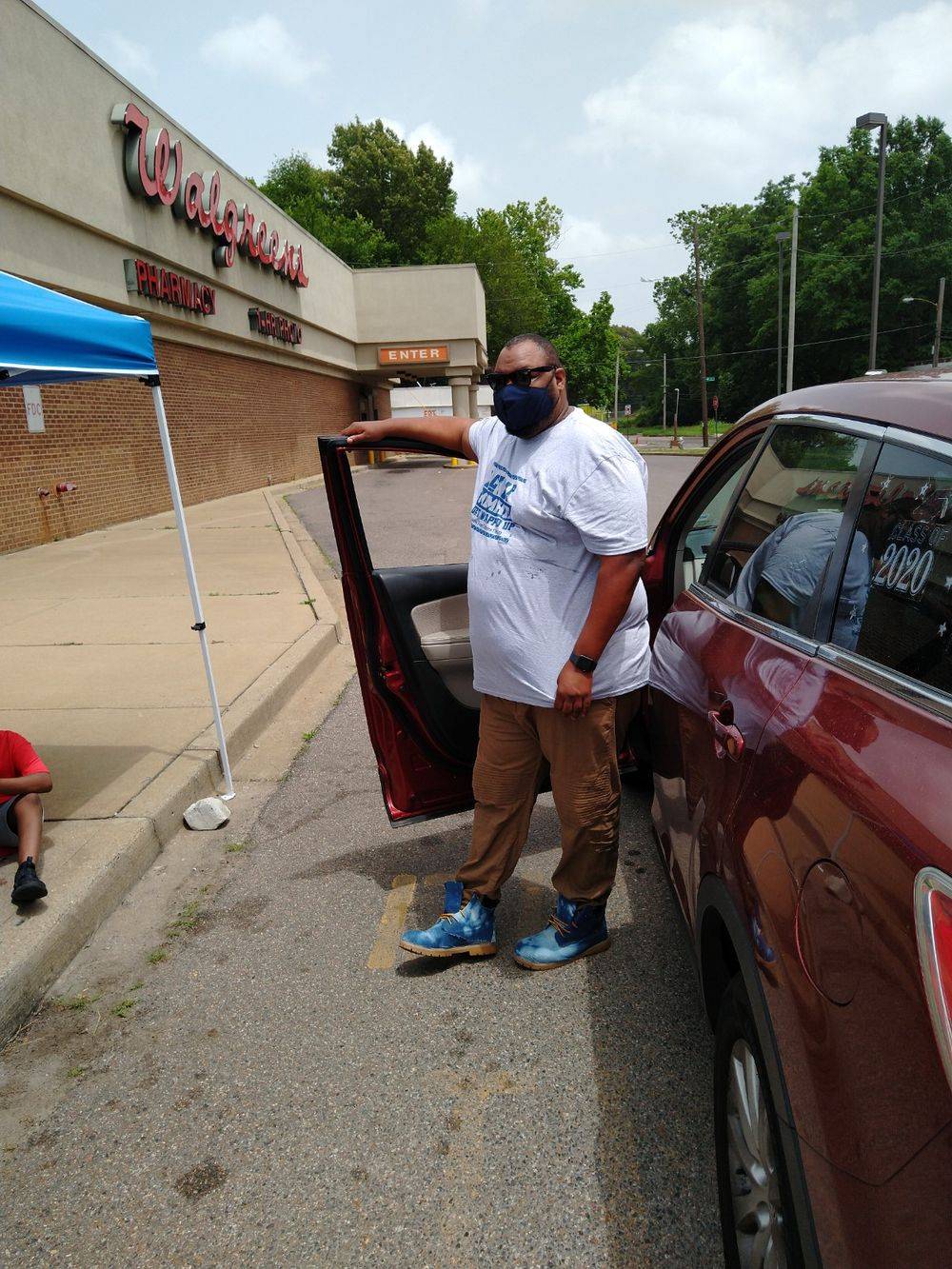 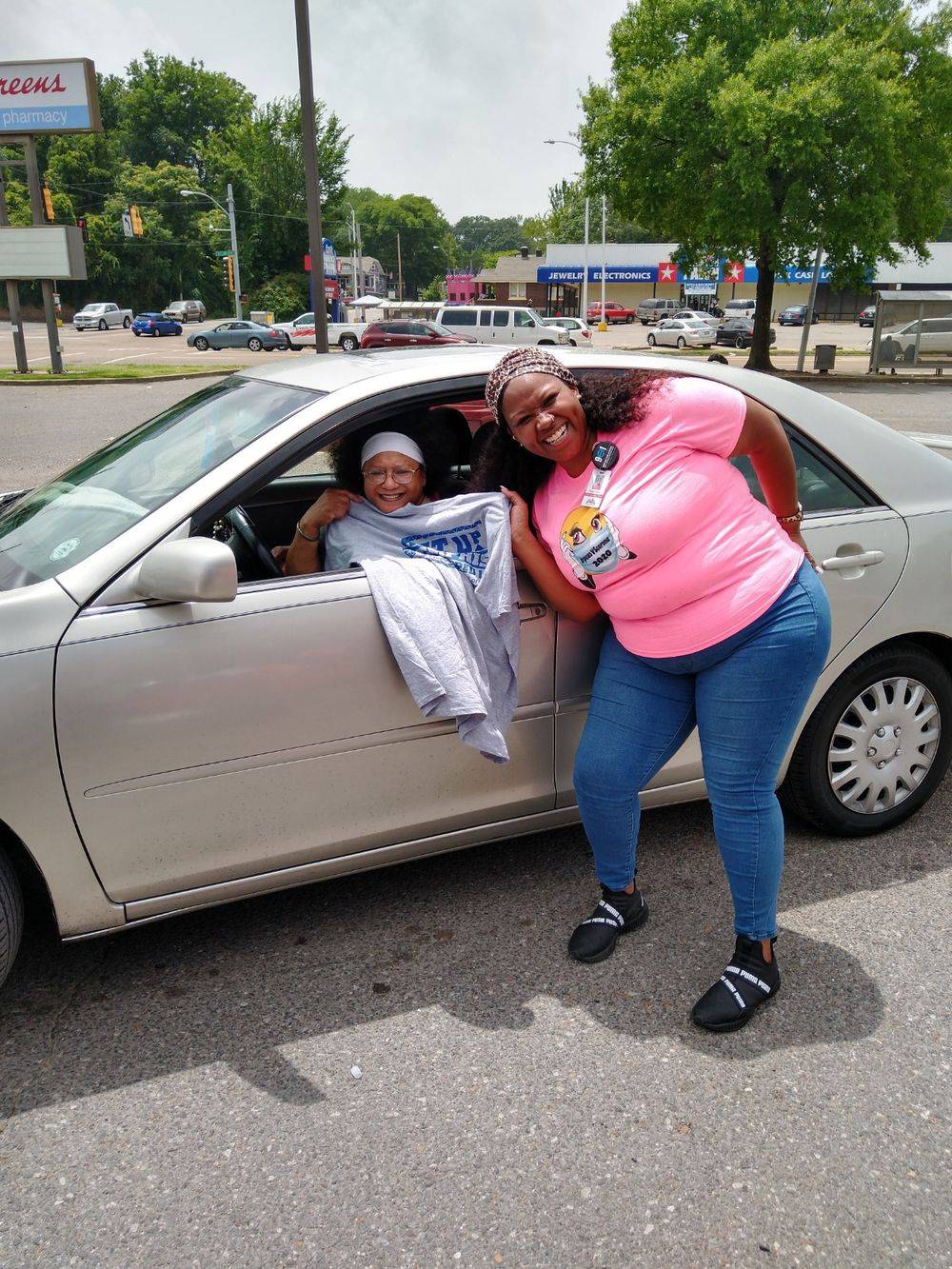 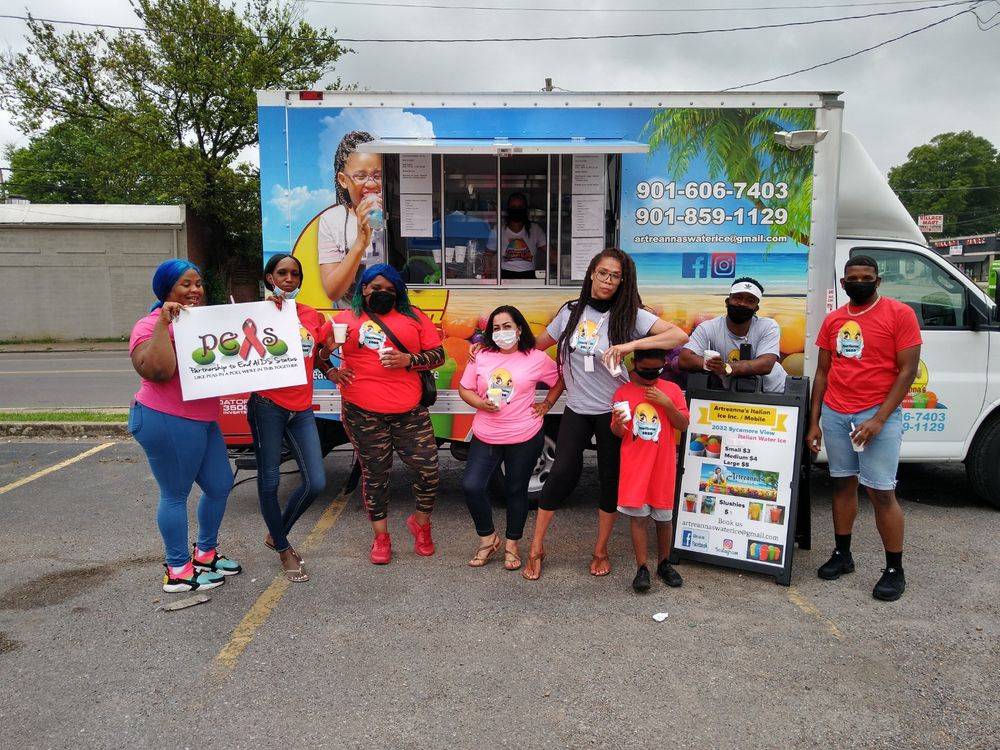 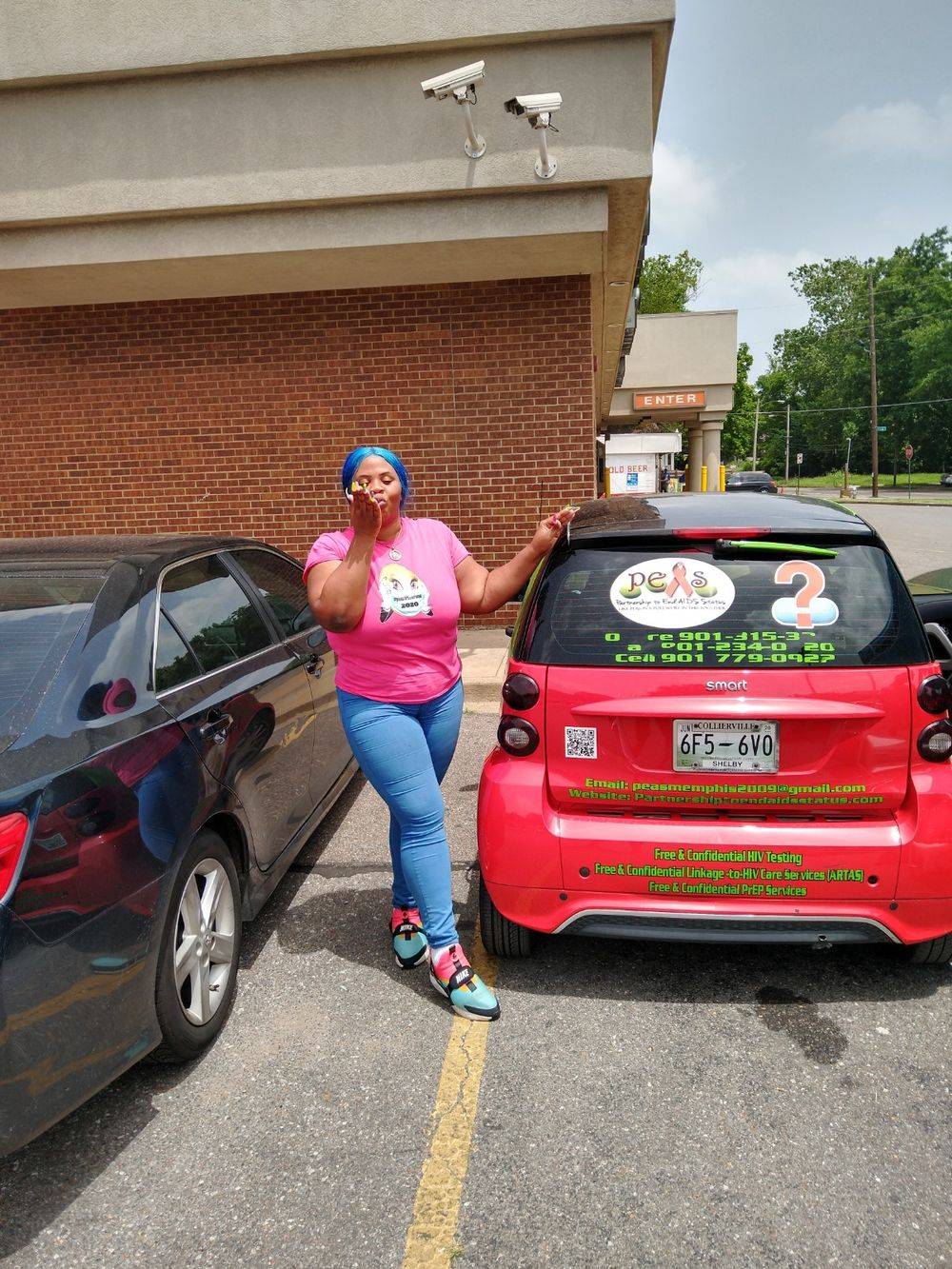 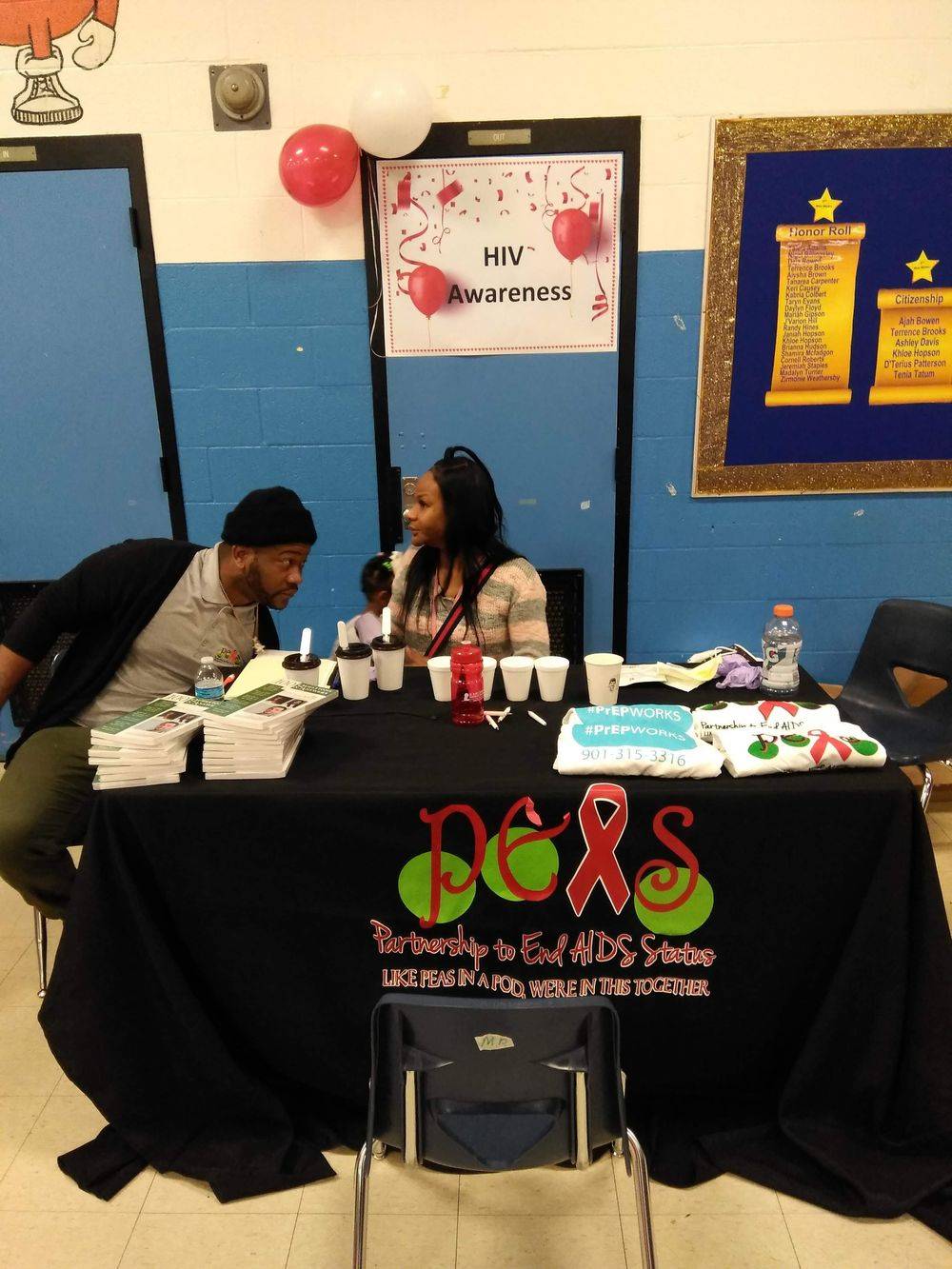 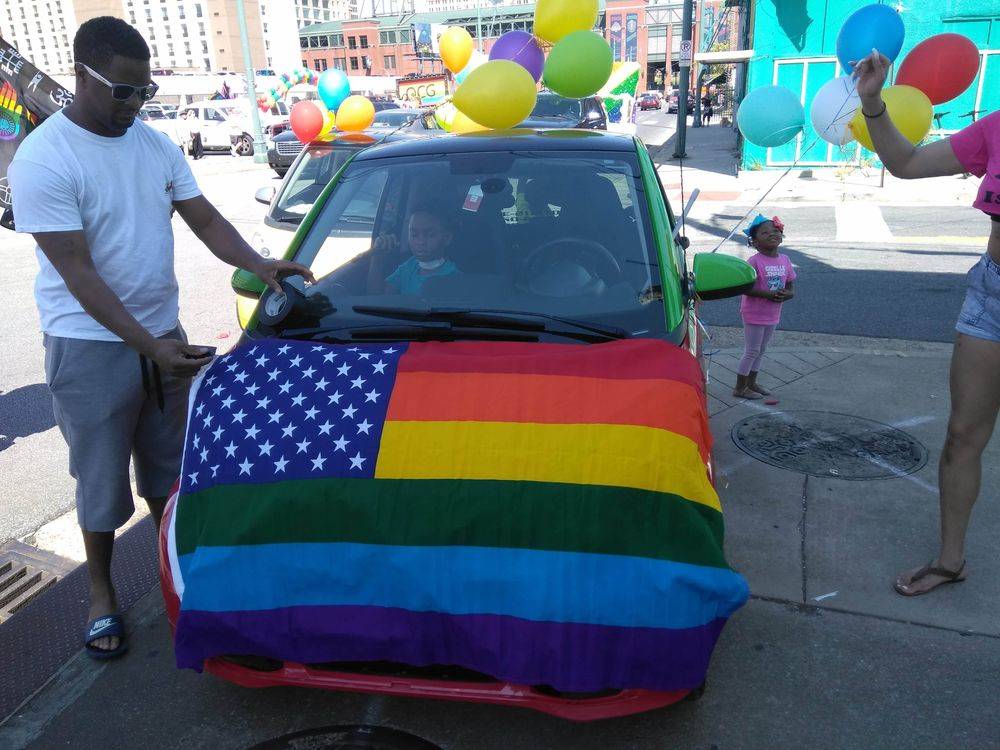 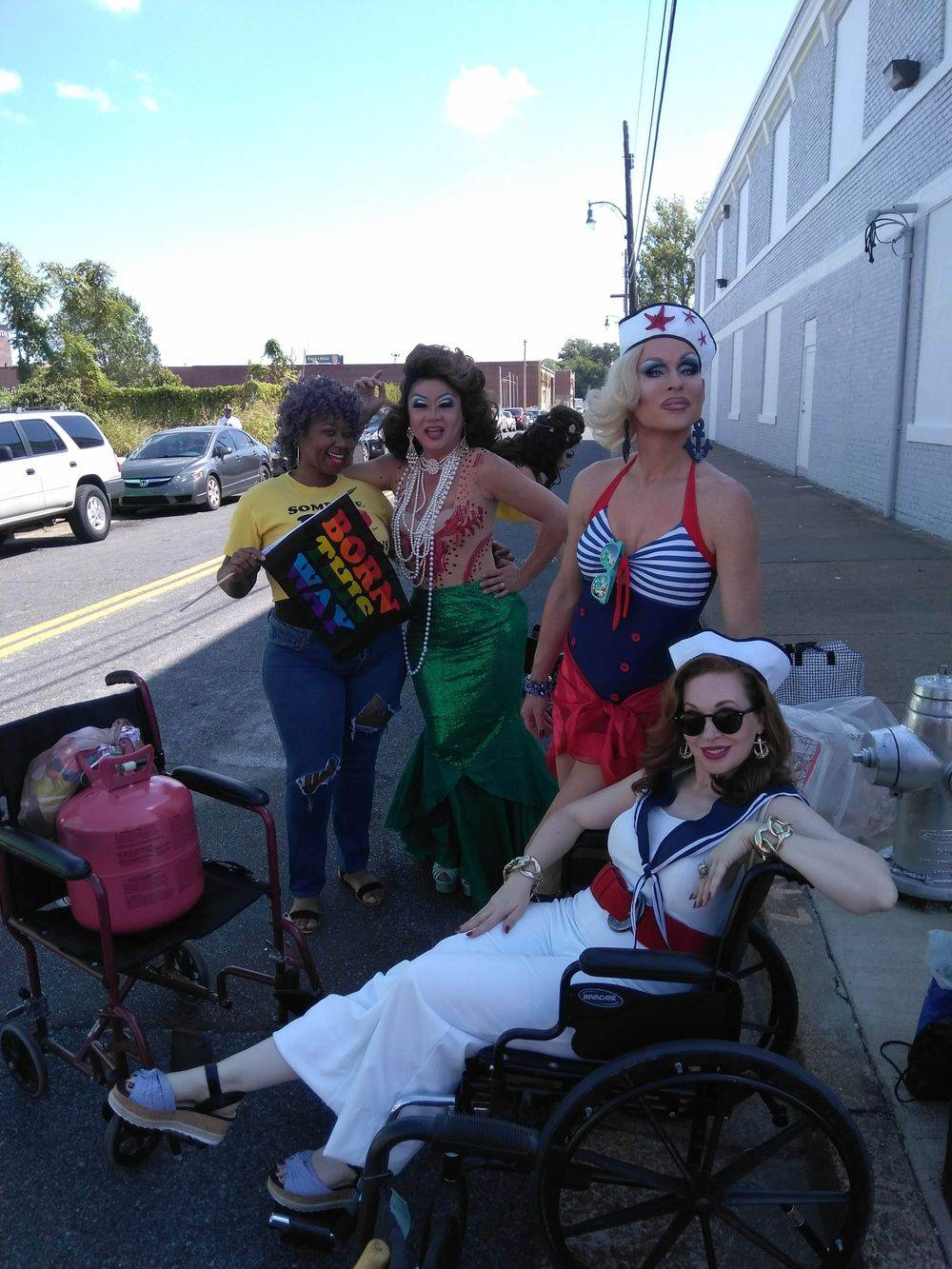 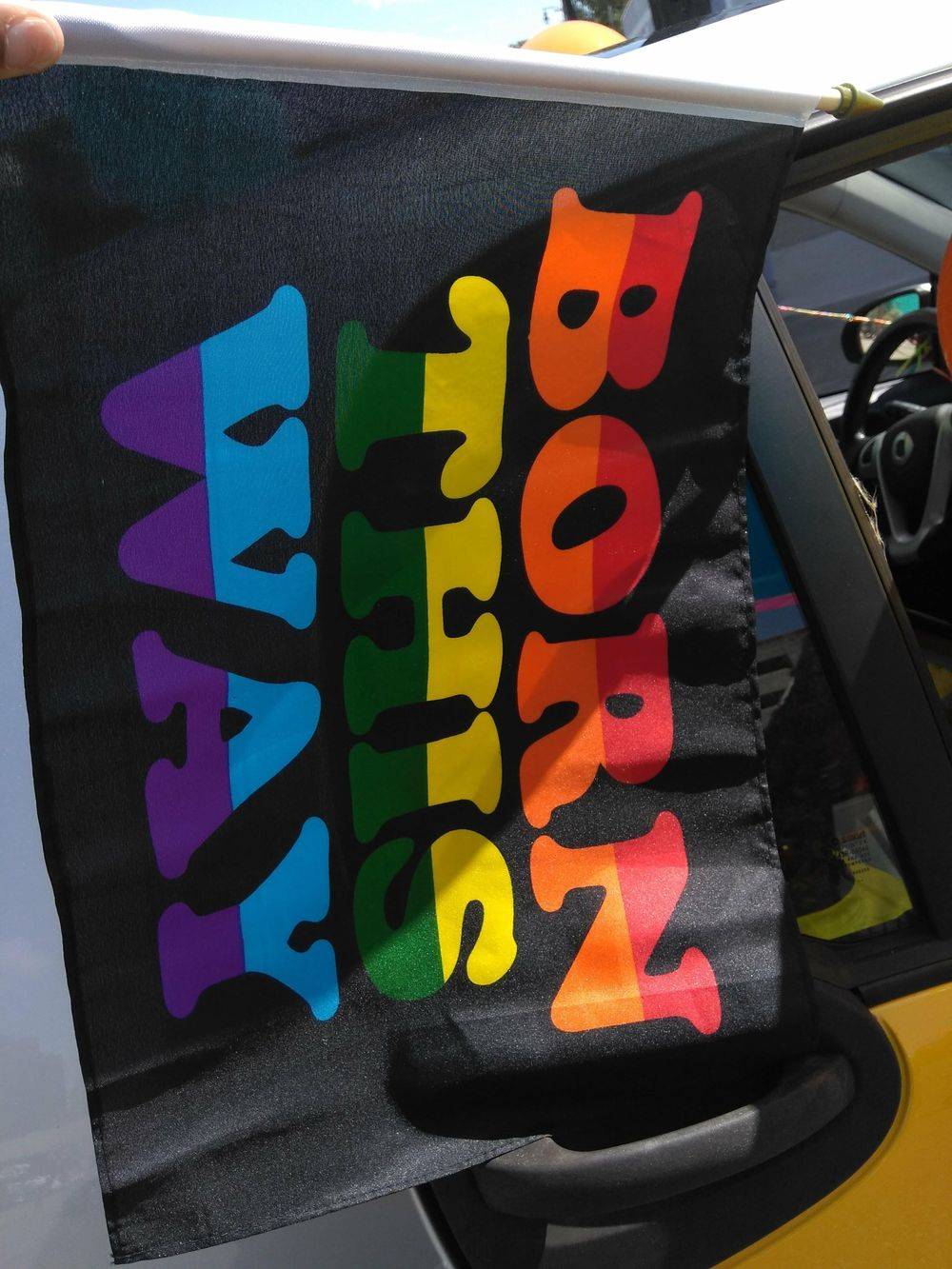 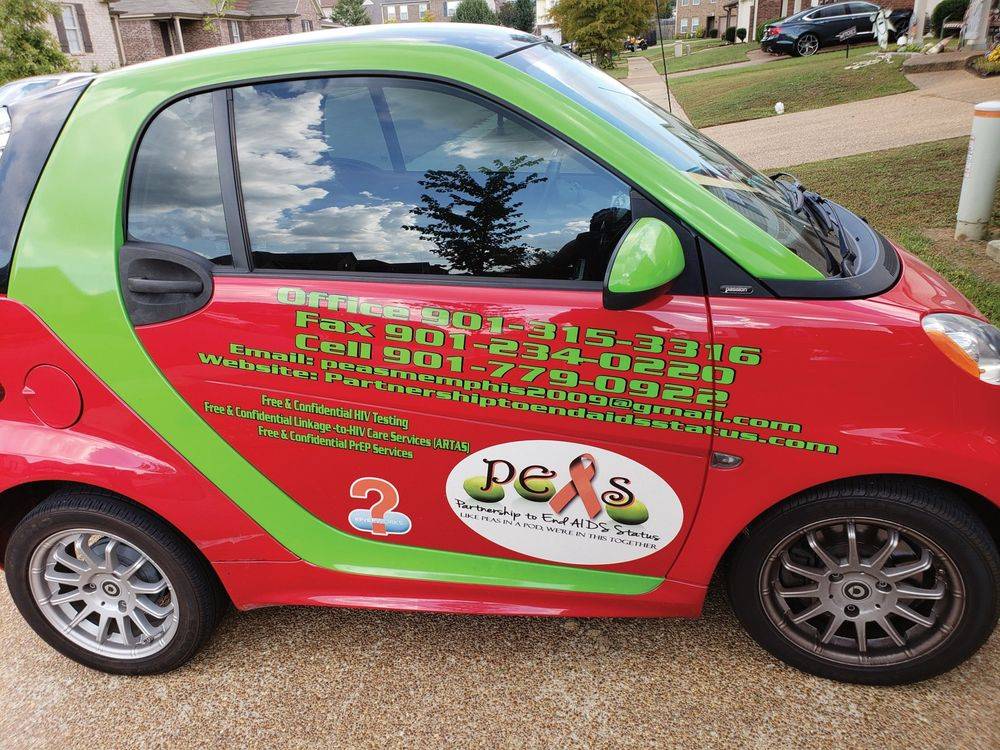 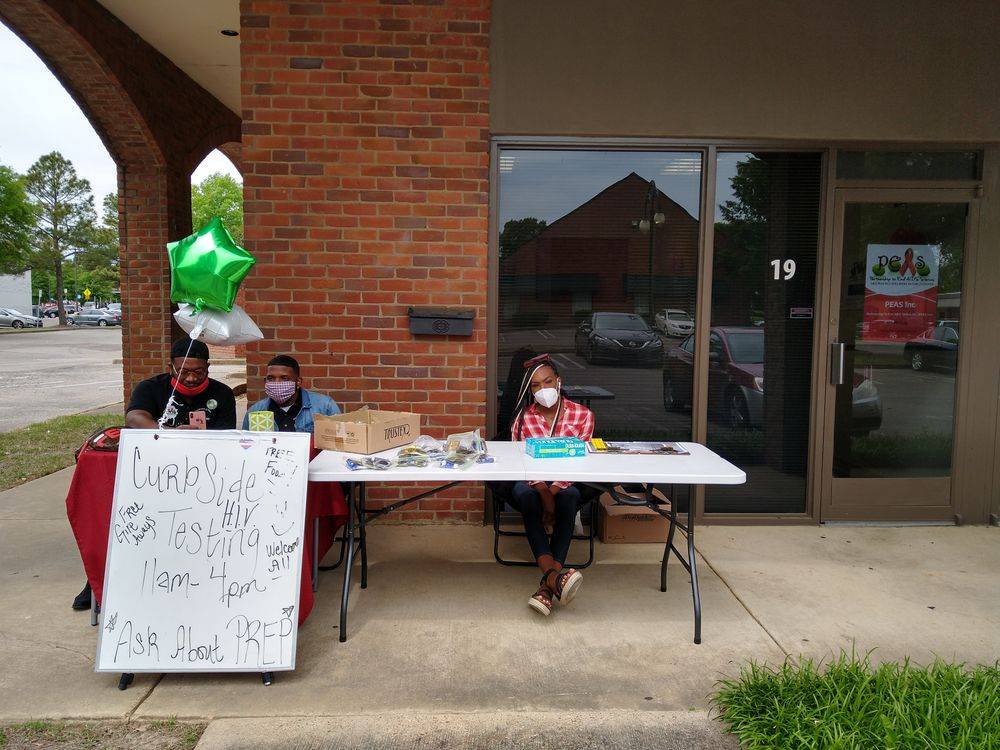 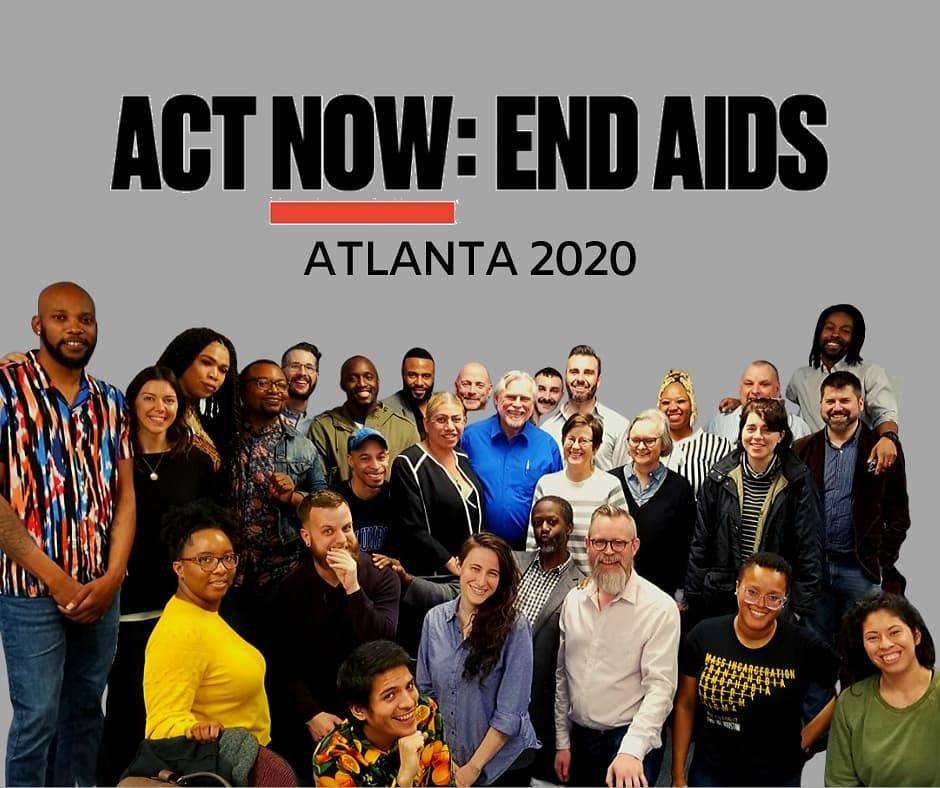 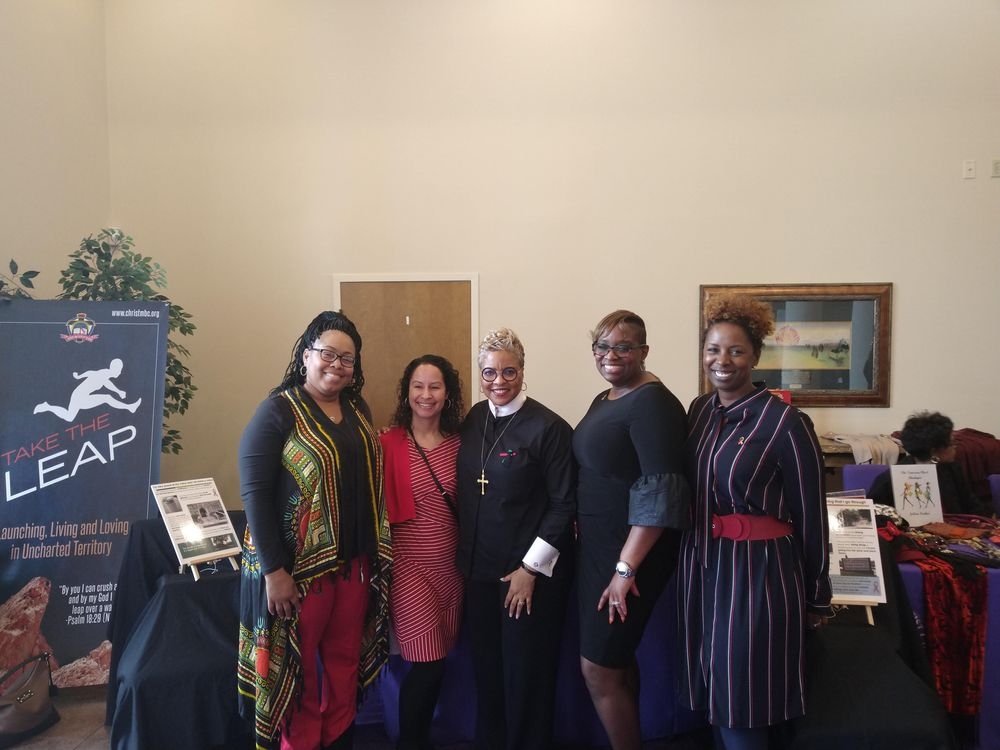 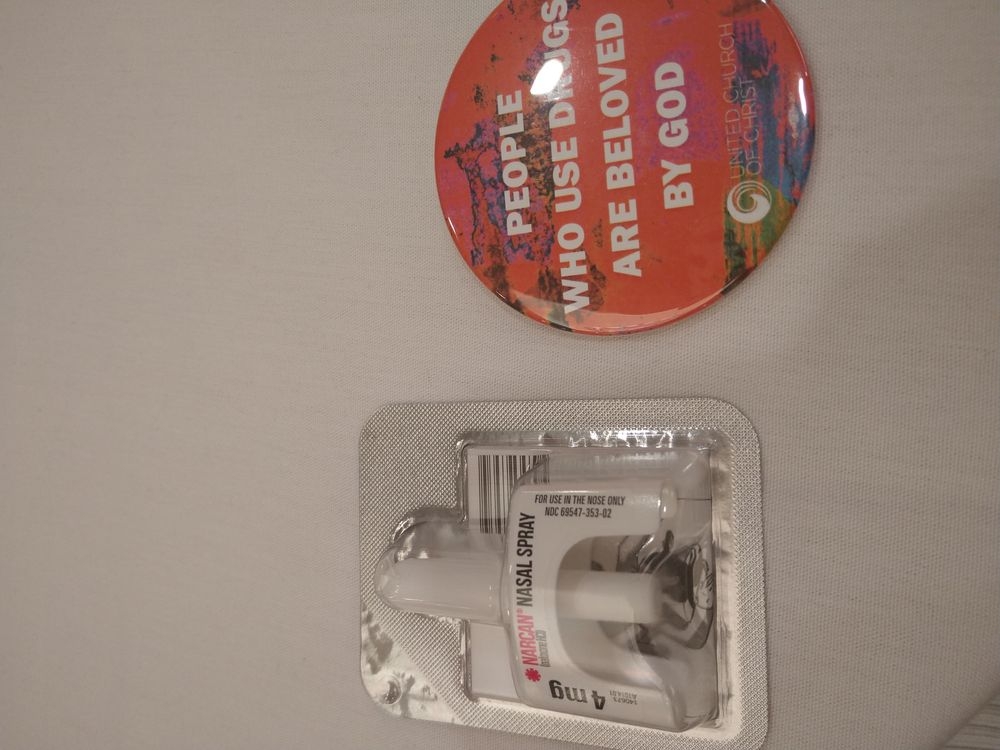 PEAS Inc. was founded November 1, 2009, by LaRonia Hurd-Sawyer, RN, MSN-CNL, MPH, Executive Director/Founder with a group of female health professionals/ Public Health advocates dedicated to the eradication of HIV/AIDS and other health disparities from the communities in the Mid-South. The Board of Directors of PEAS Inc. has a combined 30+ years of multidisciplinary experience. PEAS Inc's staff has assisted at the community level in efforts to assess service gaps, community needs, coordinate and plan the allocation of resources for persons infected and affected by HIV/AIDS and other STIs disparities that are placed within minority communities.

Simultaneously, the staff is equally involved in the assessment of needs and service delivery of diffused effective behavioral interventions and services for those at risk of HIV/HCV exposure. Furthermore, PEAS Inc. staff shares the desire to maintain an organization committed to meeting the needs of the community members where they lie. One of the major goals of PEAS Inc. is to deliver comprehensive services such as HIV/HCV education, needle exchange, and more to the most impacted communities during “vulnerable hours” meaning (after business hours and weekends).

Most of PEAS Inc.’s recipients of services are essentially 90% African American/Hispanic, English and Spanish speaking; predominantly from the Memphis and Shelby county area. Approximately 80% of the recipients of services provided by PEAS Inc. include Ciswomen/Cismen, Transwomen/Transmen, and those of LGBTQIA experience, due to large numbers of or a high percentage of single-parent or women-headed homes in the Memphis TGA area.

The southern States are known for numerous characteristics that place with high-risk for living unhealthy and compromised lives (e.g., poverty; a dearth of decent jobs; a significant number of residents with low educational attainment; high rates of crime, illegitimate births, and unemployment; and low median household income). According to the epidemiological data for the Memphis TGA area, African American females of childbearing age have contributed significantly to the high number of cases reported since 1992. The high rate of HIV/AIDS cases continues into the 21st century according to the epidemiological profile from the Memphis/Shelby County Health Department. Although Blacks accounted for about 16% of the population, they comprised about 54% of people living with HIV/AIDS in Tennessee.

The City of Memphis, known as the urban hub of the region, is located on the Mississippi River in Shelby County, TN. African American/Minority individuals make up more than half of the population. It is characterized by a high rate of poverty, which is found primarily within the African American/Hispanic community and is attributable to low education levels, underemployment, and low-wage service jobs. Levels of education directly impact the ability of an individual to process information about health care and act upon it in her own best interest. Socioeconomic and cultural conditions have set the stage in many ways for the current HIV/AIDS epidemic.

Mrs. LaRonia D. Hurd-Sawyer holds a Masters of Public Health from the University of Memphis (2009), Master of Nursing with emphasis on Clinical Nurse Leader UT Memphis (2015), Mrs. Hurd-Sawyer's graduate thesis focuses on the incarcerated male population and HIV/AIDS in the South. Mrs Sawyer is currently a Psych RN focusing in Infectious Disease.

Mrs Hurd-Sawyer completed her graduate internship at the Memphis and Shelby County Health Department where she researched and compiled the 2008 Syphilis Rapid Ethnographic Community Assessment Report for the Memphis/Shelby County area.

Mrs. Hurd-Sawyer has been invited to present her research findings at numerous HIV/AIDS and mental health conferences in the Southern states. LaRonia is the Executive Director and one the founder of Partnership To End AIDS Status Inc. (PEAS Inc) that was formed in November 1, 2009 by a group of women to eliminate HIV/AIDS and other health disparities in Memphis communities.

Dr. Ballard - PEAS, Inc. Medical Director. Martha has over 20 years of Medical experience. Dr. Ballard is a crucial part of the health care system as she provides exceptional medical counsel to those she serve.

Hughey’s Debits & Credits, LLC. HDC has focused on growing small organizations and putting them on the path to financial success. She manages, reviews, and oversees all accounts but understands that a great staff is what ultimately drives the business. With a solid business background that includes working in industries such as creative designs, food service, higher education, and nonprofit organizations, Ronda, who also holds a master’s degree in business administration with a concentration in accounting, is more than prepared to help her clients succeed.

Brooke holds a Masters in Public Health Professional who's been partnering with PEAS, Inc. since its existence.

Henry holds a Bachelors in science and has been on PEAS team and board since PEAS, Inc.'s existence.

Ayeisha holds a Masters in Public Health and has been partnering with PEAS, Inc. since its existence.

Jamaya organizes PEAS, Inc. HIV testing events and delegates tasks to ensure that our clients and staff are as safe as possible while administering tests and providing results and HIV counseling. Jamaya holds an Associate's in Applied Science as a Certified Medical Assistant and has 5+ years of experience. She also works synced in planning with the COMPASS cohorts

Mason is the Director for Acceleration of Men, which is the COMPASS cohort that caters to creating opportunities for the young men in our communities. Mason is also certified in Trauma-Informed Care and a Veteran. Mason also is a viable part of recruitment for the HepConnect grant which educates our community about safer drug use practices, lowering Shelby County drug overdose rates.

Deashia is a transfer student from Central Arkansas to the University of Memphis classically trained in nonprofit management. She is currently earning her Bachelor's Degree in Political Science and Public Administration while enrolled in Cecil Humprey's Law prep program.

Lala is an advocate and legendary outreach specialist who ​reaches her community t​hrough her huge heart and loving spirit.

PEAS Inc.’s core values and principles of operation include but are not limited to providing equal access to services and resources to all clients, operating a client-centered organization, providing a safe haven for all clients, employing staff who commit to remaining non-judgmental and professional, and assuring the confidentiality of all clients.

The mission of Partnership to End AIDS Status (PEAS Inc.), a nonprofit public charitable organization, is to maximize the effectiveness of service resources to ensure physical, mental, and social equality for all persons residing in the Memphis Transitional Grant Area (TGA) by providing residents with preventative tools to make healthier decisions. Memphis TGA’s counties include Fayette, Shelby, and/or Tipton counties in Tennessee or DeSoto, Tate, Tunica, and/or Marshall Counties in Mississippi and/or Crittenden County in Arkansas.

PEAS Inc. offers a variety of interdisciplinary programs that target persons who experience health disparities, such as men who have sex with men, African American women of childbearing age, individuals of transgender experience, and other persons impacted by various chronic illnesses. PEAS Inc. utilizes programming that is designed to affect behavior changes specifically in communities of color of any age, gender, and who have experienced any form of trauma or who may participate in high-risk behavior or who represent the affected HIV community.

The SISTA (Sisters Informing Sisters about Topics on AIDS) was recognized by CDC as an intervention that is effective in reducing the HIV risk of African American women. The goal of SISTA is to reduce sexual risk behavior among heterosexually active women of color. SISTA consists of a five-session curriculum. Session topics include Ethnic/Gender Pride, HIV/AIDS Education, Assertiveness Skills Training, Behavioral Self-Management, and Coping Skills. The SISTA intervention will be conducted by Mrs. Rosa Rebecca Barber, BSc Health Science, and Mrs. LaRonia Dhasha Hurd-Sawyer B.S., MPH. Mrs. Hurd-Sawyer and are fully certified to conduct this intervention.

The TWISTA (Transgender Women being Informed by Sisters about Topics on AIDS) Project is recognized by CDC as an intervention that is effective in reducing the HIV risk of African American women. TWISTA is the modification of the SISTA intervention framed for Transgender Male-to-Female individuals. The goal of TWISTA is to reduce sexual risk behavior among heterosexually active women of color. TWISTA consists of a five-session curriculum. Session topics include Ethnic/Gender Pride, HIV/AIDS Education, Assertiveness Skills Training, Behavioral Self-Management, and Coping Skills. The TWISTA intervention will be conducted by Mrs. LaRonia Hurd-Sawyer who is fully certified to conduct this intervention with Ms. Laterica Porter as her peer.

This project is named after a Pastor in Jackson, MS who died of a massive heart attack in 2008. This program will target participants with heart disease and prevention of pre-heart problems by implementing healthy eating and exercise. Danielle Edwards, a certified personal trainer will implement this program.

This project is named after PEAS Inc. Executive Director whom first-born (So’longe M. Sawyer) died in 2008 due to pre-term birth. This program focuses on the infant mortality initiative, educating mothers on infant mortality. Dr. Nikia Grayson spearheads this program.

Get FREE Naloxone and/or SSP services

Under the Leadership of Mrs. Rosa Barber PEAS, Inc. gathers a counsel of our Trans peers to go in-depth and find solutions to ways to lower HIV/AIDS infection in the LGBTQ+ community, in Partnership with St. Jude Children's Hospital Ending HIV Epidemic (EHE) planning.

Compare the our service packages and find the best fit for you.

Click this text to start editing. This block is a basic combination of a title and a paragraph. Use it to welcome visitors to your website, or explain a product or service without using an image. Try keeping the paragraph short and breaking off the text-only areas of your page to keep your website interesting to visitors.